In the Spring of 1990, I was on the downhill side of a two year tour in Germany that had been involuntarily extended to 30 months due to lack of retainability. Rather than extending my enlistment and accepting an involuntary assignment to Fort Carson, I was waiting for my re-enlisted to window to open so I could go to Bragg. At the time I was working outside my SIGINT MOS as a radio operator in 3rd ID’s Long Range Surveillance Detachment and preferred to go to an airborne assignment rather than another heavy division.

I had picked up this copy of Soldier of Fortune magazine featuring a story about the British Pathfinders at Leighton Kaserne’s Stars and Stripes bookstore. In the story was a sidebar about the members’ kit with a couple of photos and it mentioned a company in Exeter named Arktis. 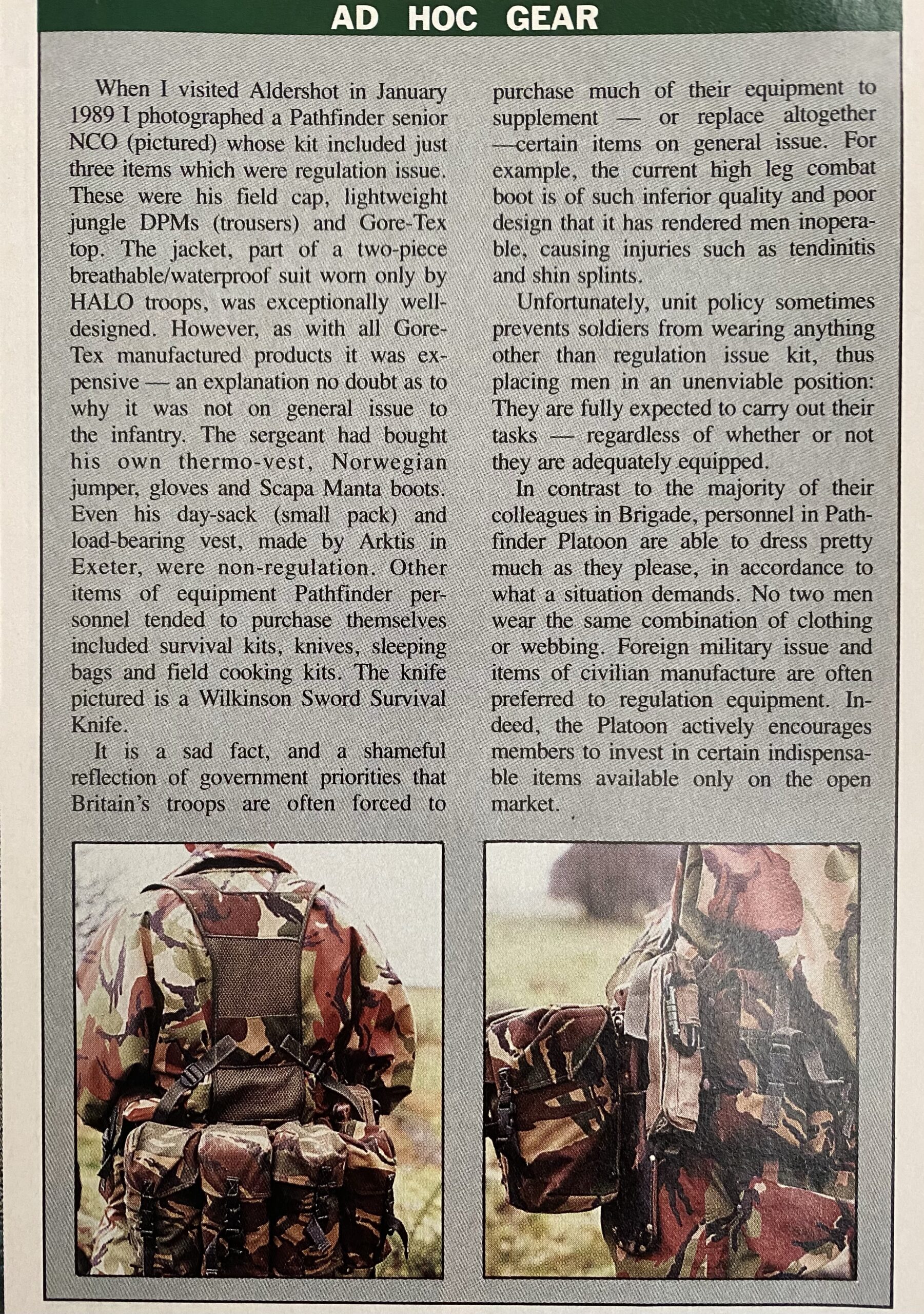 I was already highly interested in British aftermarket gear having obtained two books entitled, “Combat” and “Survival” which had been published in Great Britain and based upon the weekly serialized imprint called “Combat & Survival,” also on post.

Now that I had a company name, the real fun began. This was 1990, there was no internet to look things up, and I was relying on the very expensive German phone system to make overseas calls to the UK to track Arktis down.

I used phone booths during my search because it was easy to track how many German Marks I used for calls. You inserted as many as were needed for the call in the phone’s slot.

I eventually got on the phone with Arktis’ founder and proprietor at the time, former Royal Marine Major David Ross, OBE who had served in the Falklands. He explained that he had started the company due to his dissatisfaction with issue kit. And for me, his military service explained the location of the company in Exeter. Fortunately, I lived off post in an apartment so I could use the German Post for shipments rather than the US mail which would have resulted in any parcels heading from the UK to NY and then back to Germany and the unit mailroom.

David sent me a catalog and I shared it with the other members of my LRSD. I bought a 42 pattern chest rig and a few pouches. A few of the other guys bought 45 pattern chest rigs. At the time we could get away with wearing either OD or DPM pouches. DPM blended in pretty well with Woodland, but I always felt self conscious about it. Regardless, the gear was only worn in the field.

Not long after, I learned about another company called Special Air Sea Services and purchased a few things from them, including a smock. Another company I shopped was Survival Aids and this photo of an Arktis 42 Pattern rig comes from their catalog. 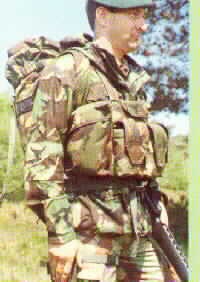 A few years later, David Ross sold the company and it has changed hands a couple of times, becoming Arktis Outdoor Products and now Arktis Limited. These days, it seems that they concentrate more on clothing than kit but they still produce a few of the original items that put the company on the map.

David also told me about the monthly version of “Combat & Survival” magazine and I set about to obtain a subscription for it as well, feeding my interest in kit for the remainder of my tour in Germany. Once I got back to the States, you could find the magazine on newsstand shelves for quite a while, right up until it ceased publishing a few years ago. I was quite the fan. After being assigned to Bragg, I even wrote a couple of articles for C&S myself.


This entry was posted
on Saturday, June 5th, 2021 at 10:00 and is filed under History, International.
You can follow any responses to this entry through the RSS 2.0 feed.

Camp Fare Gourmet Meals Are Back In Stock